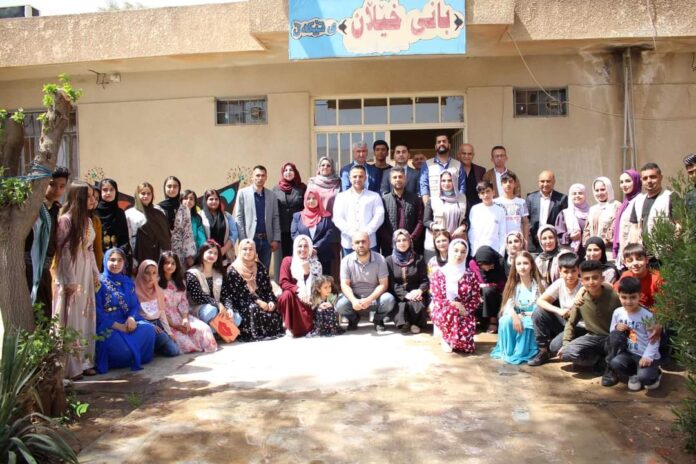 The NFE-Yassamin team is a group of volunteers working to spread awareness regarding environmental issues such as (pollution, waste, climate change, rationalizing the consumption of water, electricity, and other resources).

The team consists of 20 volunteers who instruct students in schools in order to train them and then carry out awareness campaigns in cooperation with them. Al-Yasmeen’s volunteer team carried out a campaign to remove waste, and a campaign to raise awareness through drawings on the walls of 4 schools in the districts of Darbandikhan and Kalar. The pictures below show honoring the team’s efforts in the artistic campaign to spread environmental awareness by the Directorate of Education in Darbandikhan District.