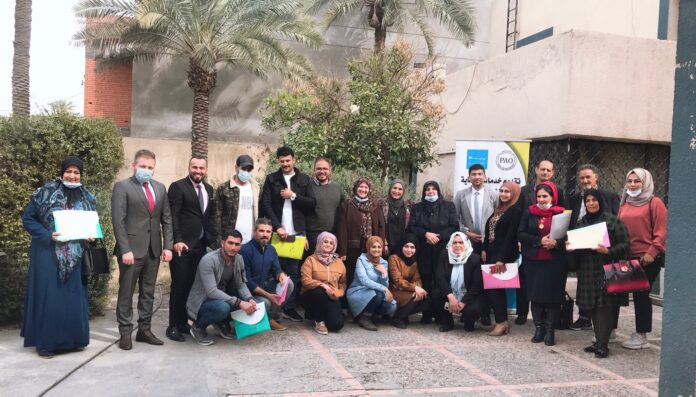 PAO in 16,17 February had held a multiple workshops training for the caregivers in Baghdad and as an activity within the project(Providing protection services from gender-based violence to women and girls in Baghdad and Anbar) which funded by UNICEF.

these workshop had targeted (25) participant from both genders including lawyers and employees in the health sector, in addition to social researchers in the project.

also these workshops included explain the differences between sex and gender as well as the violence that women are exposed to in order to support the participants’ skills for a more effective response in dealing with cases of women survivors of violence.