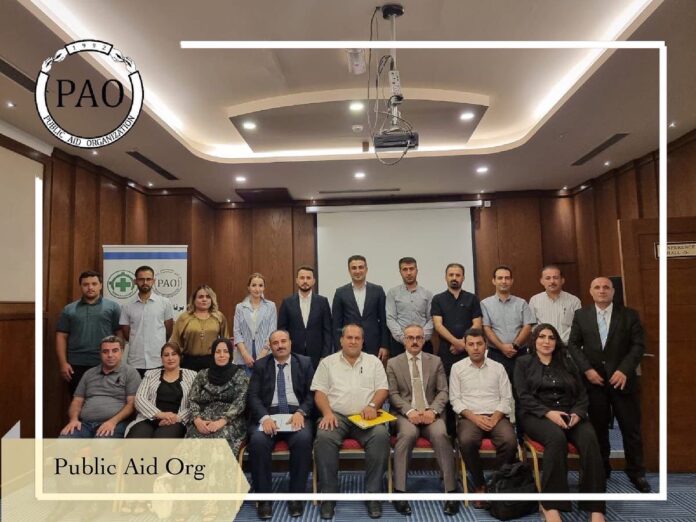 As part of the Democracy Promotion Program implemented by the Public Aid Organization and supported by the Norwegian People’s Aid Organization, a dialogue session was held in Erbil Governorate on September 6, 2022 in Erbil.

The session discussed activating the role of the social researcher in schools in the Kurdistan Region in order to build an effective human being capable of participating in all areas of life, with the participation of social researchers, school directors and decision makers from the Ministry of Education, represented by the Director of the Minister’s Office and the President of the Syndicate of Social Researchers in the Kurdistan Region.

The session concluded with a set of outputs, including work to identify challenges and difficulties in activating the role of the social researcher and work to identify solutions and remedies for them.