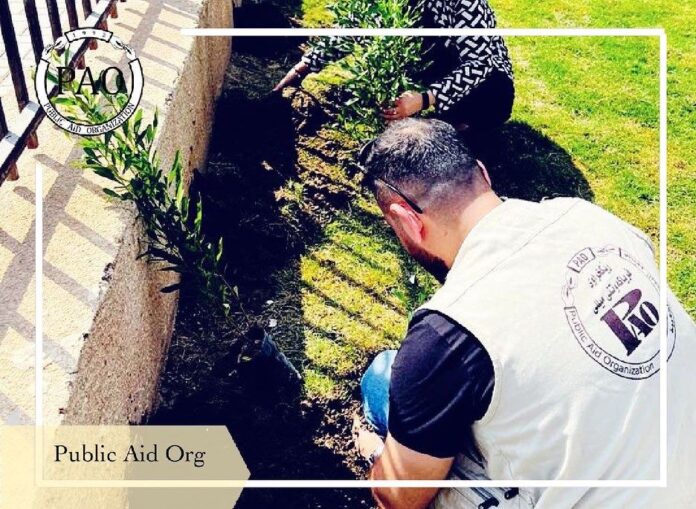 The volunteer team of the Public Aid Organization – Salaheddine Executive Office, along with the various volunteer teams in Tikrit Governorate, contributed to the planting of one million trees in the province.
This contribution came as part of the participation of the Salah al-Din Executive Office in a conference of charity campaigns for environmental advocacy on August 25, 2022 in Tikrit held by the Governor of Salah al-Din.

The details of the voluntary campaign sponsored by the provincial government to plant (one million trees) in vital areas were discussed, and the Perma 2 project implemented by the Public Aid Organization and its role in the economic recovery of the province were commended.