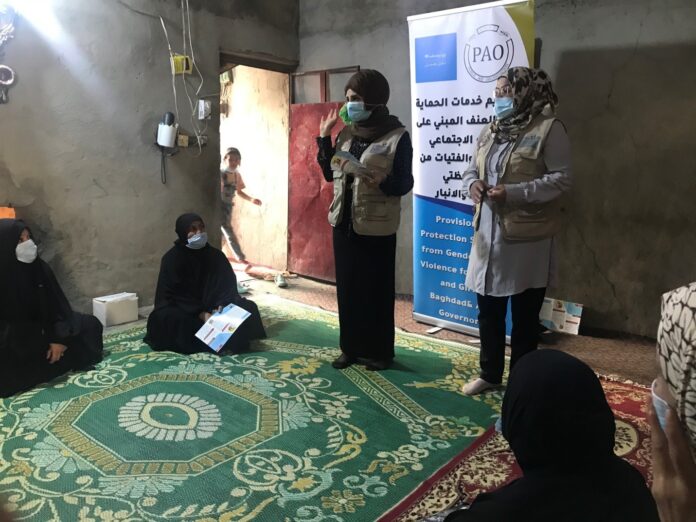 On 15th of March we’ve Head an awareness session about the gender based violence in Baghdad/ Al-Shorta Al-Rabiaa, as an activity of the the program (Providing protection services from gender-based violence to women and girls in Baghdad and Anbar) which funded By the UNICEF.

About (15) women had participated in the session and they had talked about the forms of violence and how to avoid it, in addition to the differences between the Gender and sex.