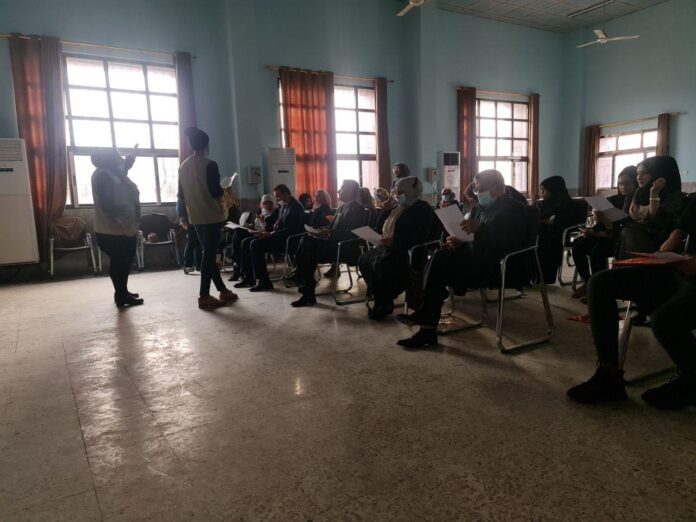 Public Aid’s organization PAO, in cooperation with the administration of a school in Basra / Al-Zubair district, implemented an activity to raise awareness of gender-based violence, and within the framework of the project (Reducing risks and enhancing access to GBV services for vulnerable women and girls) supported by UNICEF,

The activity was attended by the educational staff of the school and supervisors from the Ministry of Education, and several topics were discussed, including the types of violence prevalent in society in general, the differences between the sexes, in addition to clarifying the meaning of gender and sex and the difference between them.